Scientists Make Concrete With Trash Instead of Cement 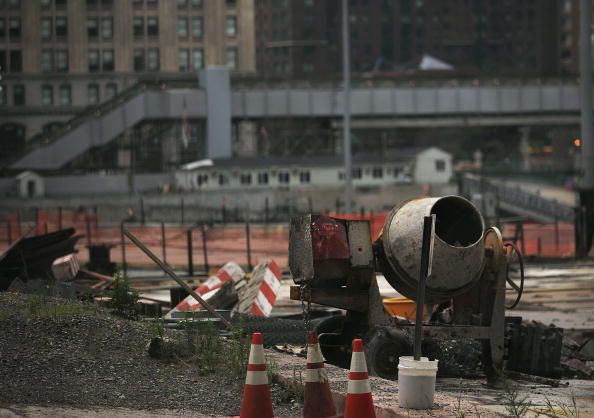 Concrete, the most commonly used building material on the planet, is not an especially green one. Researchers at Washington State University want to change that with an entirely new form of concrete, re-engineered from the molecules up.

Concrete and coal fly ash aren’t typically grouped together, but the both represent severe environmental problems. Making concrete, which is used for roads, bridges, buildings, runways, sidewalks, and a variety of other infrastructure projects, means combining cement with sand and gravel. Making cement means emittting greenhouse gases to such a degree that it thought to be singlehandedly responsible for around 5 percent of all global emissions.

Coal fly ash is a fine-grained, powdery particulate that is the residue of burnt coal. According to the Department of Transportation, which helped fund WSU’s study, around three-fourths of all coal fly ash ends up in a landfill.

There have been attempts turn it into concrete before with degrees of success: in 2009, engineer Henry Liu was made able to make coal fly bricks. But this new method of production is radically different.

“Our production method does not require heating or the use of any cement,” says grad student Gang Xu, speaking in a press statement.

Fly ash is essentially worthless in its current form, which made it the perfect target for WSU molecular engineering. Using graphene oxide, a recently discovered nanomaterial, the scientists were able to rearranges atoms and molecules within fly ash. This new, improved fly ash is placed into a solution with chemical activators like sodium silicate, also known as liquid glass, and calcium oxide, which is already used in making cement.

The team designed their fly ash cement to be pervious, meaning water can pour through it. They see their cement as having the potential to replenish groundwater, the underground water found in the cracks of soil, sand, and rock that provides over 50 billion gallons per day for agricultural needs. According to the USGS, groundwater depletion is a common problem across the United States.

With a strong concept, the next step for the team is to actually use it in some test buildings. No matter what it’s made of, concrete doesn’t do much good just lying around.

“After further testing, we would like to build some structures with this concrete to serve as a proof of concept,” says Xu.

Since it’s so widely used, concrete can be seen a forum for experimentation. Earlier this year, scientists in England tried embedded fungus inside concrete to give it self-healing abilities.